It's always hard for me to come up with something to keep the city raids a tad more interesting.
Instead of just some friendly competition with the neighbors, you'll also be competing with yourself this month.

-Anyone that manages to improve their own monthly average raidscore (with the 5 raids in September), will have a chance to win an extra prize at the end of the month.
-Prize draw will be done random between all players that qualify.

*update: this event has ended & the RNG selected the winners: grats to Ranrar & Courtney*


...And one extra winner will be selected for every 5 players that improved their monthly average.
Same prize choice, with exception of the item(s) the winner(s) before you picked.


The average score you'd have to improve to qualify is your raiding average from last month (August).
Should be an interesting challenge for most players…  I'll wish everyone good luck trying to outraid themselves 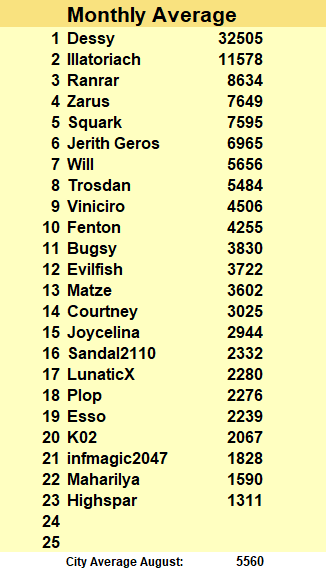 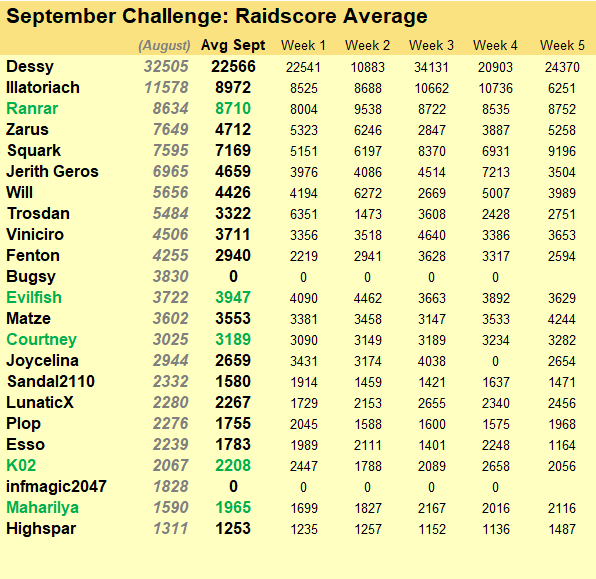 Pixie's Raid Challenge Special Event: September
I saw Pixie is running a September Special Raid Challenge event as well. Same weeks as our city event. So lots of extra chances at bonus prizes this month for those that raid well beyond their fair share =)

Pixie wrote:
At the end of 5 weeks there will be additional draws to end the campaign

Winners can choose from the prize list with choice going in order of draw.
Prize list will be updated on the 'sheet' as we go along but won't be finalised till the end.

You can find the full post with details and rules in the thread on the official forums here: http://forum.shopheroes.com/viewtopic.php?f=9&t=9150&start=120

updated with the results from the 2nd raid. Still 3 raids to go =)

and the 3rd raid has just ended… results updated, 2 weeks to go!

And with the 5th raid, this event has just ended.
Scoreboard updated in the first post

5 players improved their raid average, so the RNG selected 2 winners: grats to Ranrar & Courtney!
Ranrar's # was the first drawn, so he gets the first choice from the prizepool.
Courtney gets to chose after that from the items that remain.