Local City ??? Relic Crafting Event
There’s another official relic crafting event. Everyone has received the new lvl 30 ??? mace blueprint, which will get the Supplier I-III or Support I-II skill, depending on the total amount crafted by the whole player base between 28 May and 11 June.
See http://forum.shopheroes.com/viewtopic.php?f=10&p=59358#p59358 for the official event details

Similar as last time, I’m adding a small local event to it.
I’ll be giving away 1 mythical version of the relic mace,  as a random draw between everyone in the city that has mastered the blueprint before the official event ends.
-update: Prize pool increased to 2 mythical maces, thanks to Illatoriach also adding one =)

Participation is optional, just post a screenshot of having the blueprint mastered in this thread or on the city discord channel ( https://discord.gg/jAAJF6d ) if you're interested =)

This Relic Mace crafting event has ended.
The RNG has selected 2 winners out of the 12 entries. Grats to Danean & Jerith Geros =) 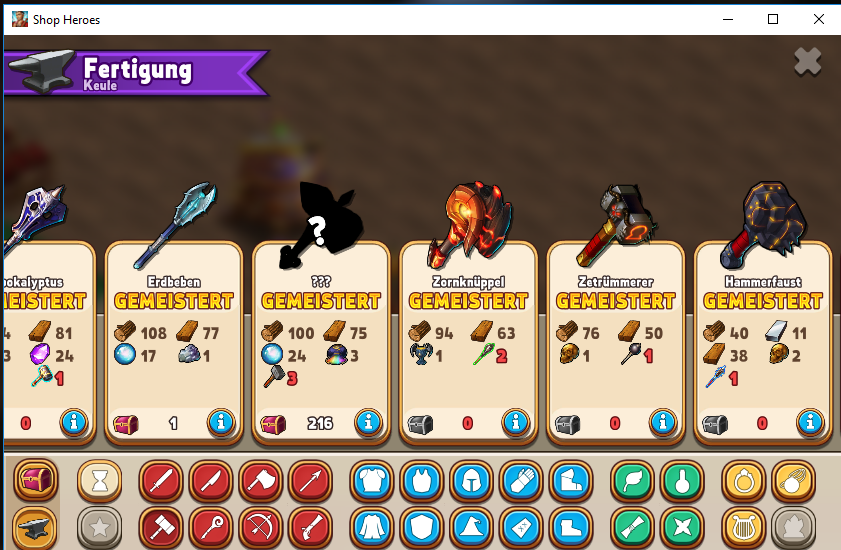 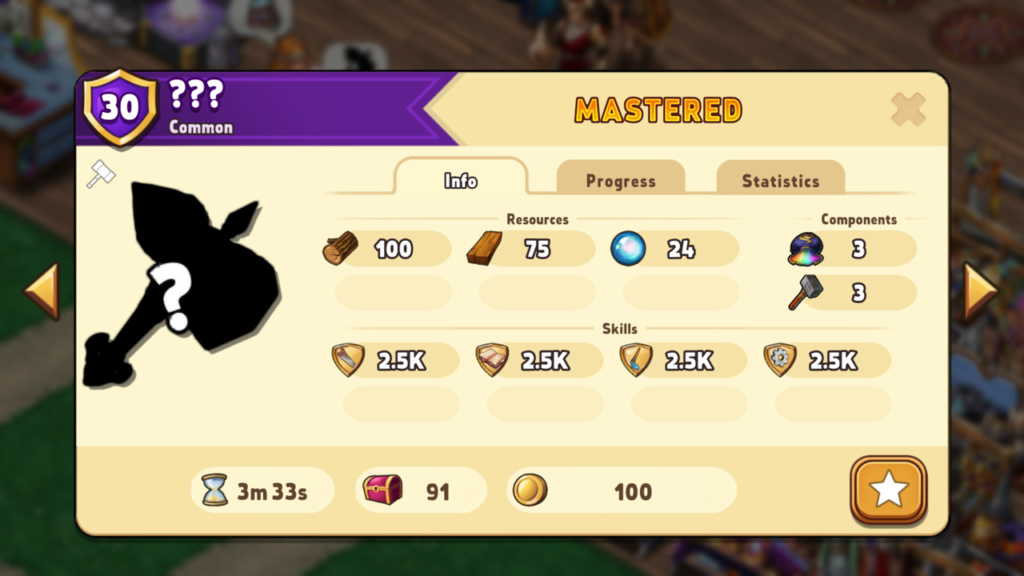 Here is my entry 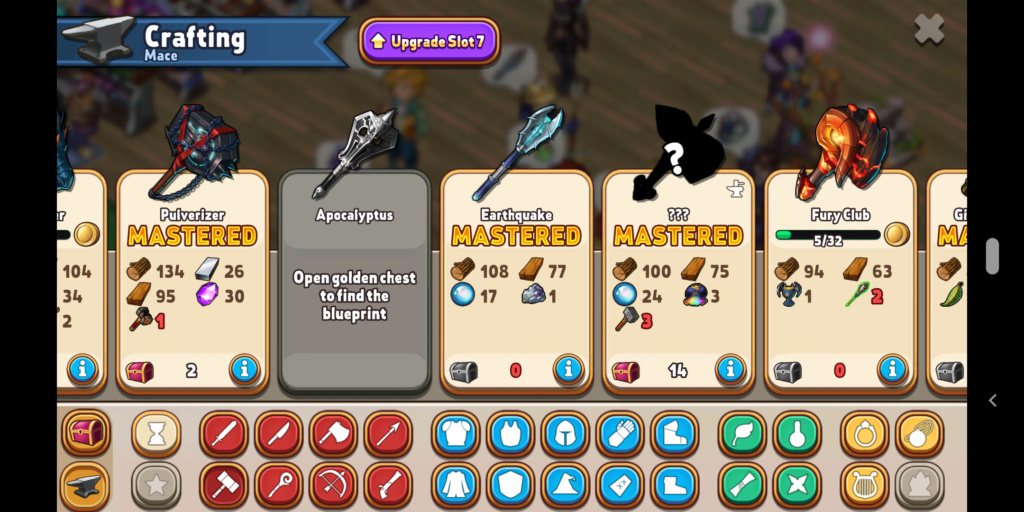 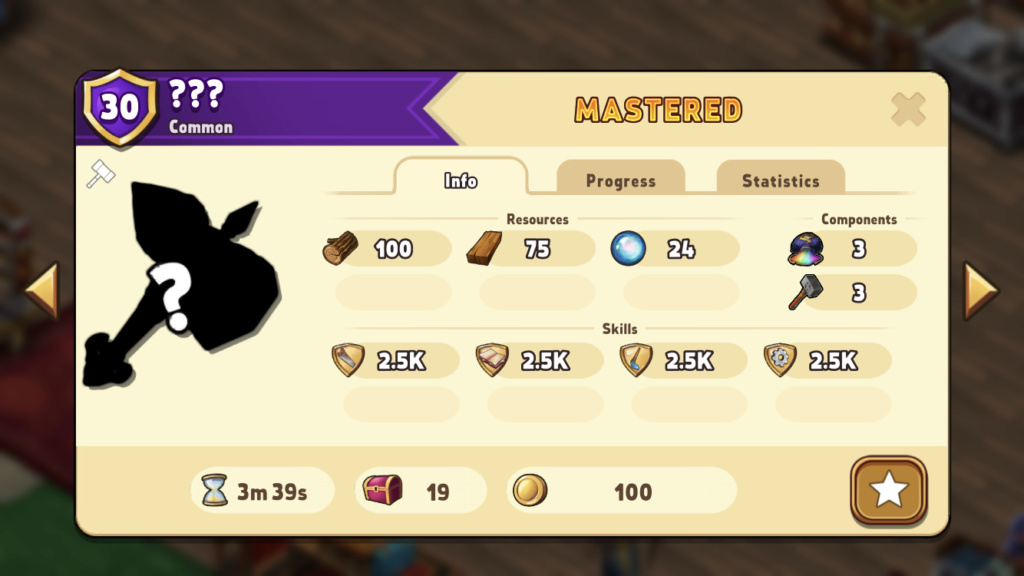 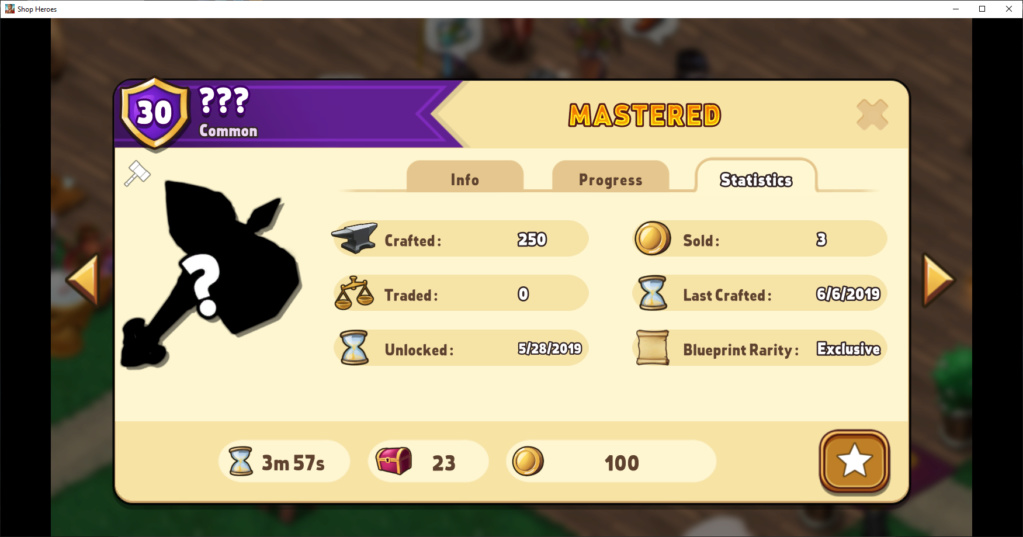 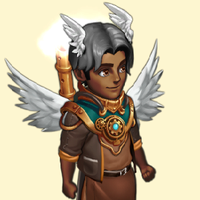 And now i  try to get the screenshot up here ... 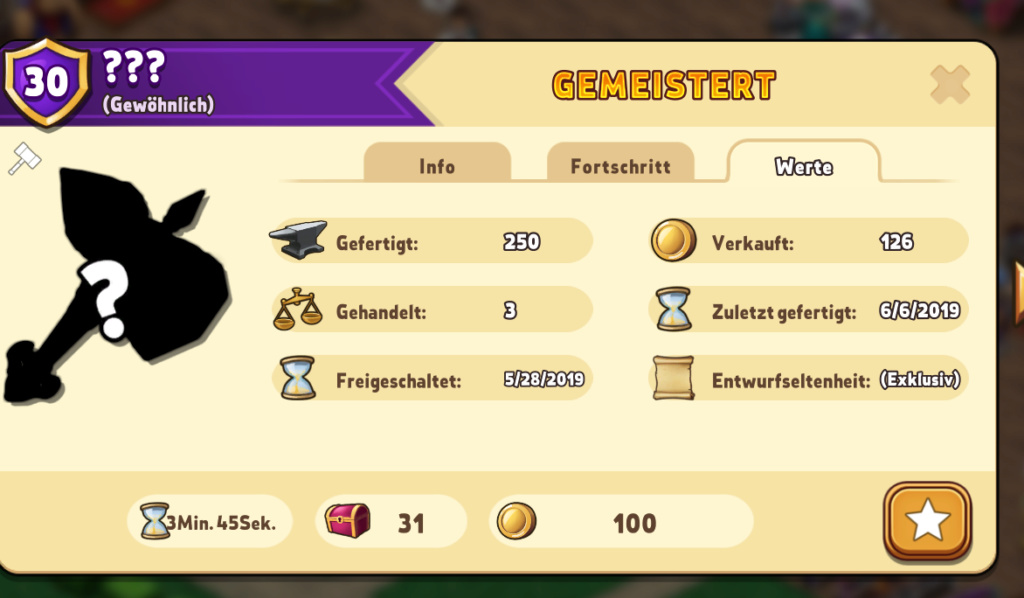